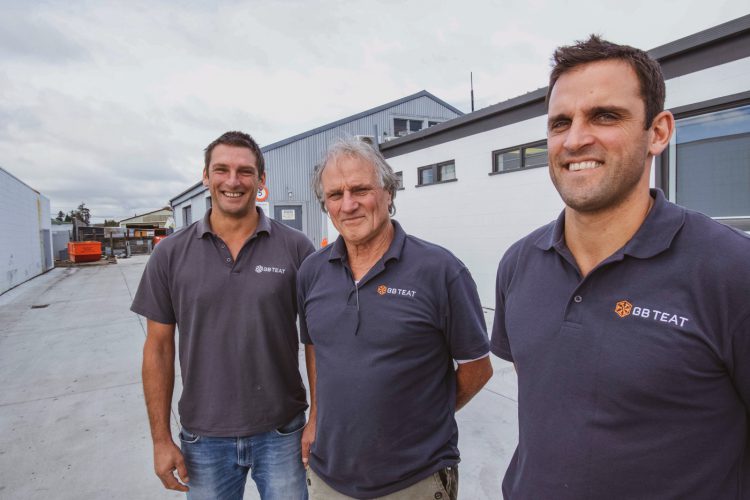 In 1946, George Teat opened a white goods store. To this day, the business is still in the family. GB Teat has a team of 32 staff and remains competitive thanks to definitive processes. We are solutions based. We step past the problem and find ways to implement solutions. From initial design, through installation and commissioning, then to programmed maintenance and breakdown, we stand by our commitment to meeting budgets.

GB Teat Ltd. was founded in Rotorua in 1947 by George Teat as a retail white-ware store. George’s motivation was to sell good quality product and customer service to the people of Rotorua. Always keen to satisfy clients, and being a people person, George took the business to servicing appliances outside of the store and in differing industries than domestic appliances.

By the 1960’s the company was heavily entrenched in the commercial refrigeration industry. During this time, George’s eldest son Jim had completed his refrigeration apprenticeship. This allowed the company to really take on large scale servicing of refrigeration equipment, mainly the in the supermarket and hospitality industries. In the late 1960’s George’s second son Nev joined the business focusing on sales and administration.

Both Jim and Nev had a keen interest in agriculture which saw them enter into the kiwifruit industry. Naturally, GB Teat started installing and servicing cool stores and pack houses from Te Puke to Tirohanga. This gave GB Teat name for itself in the wider Bay Of Plenty.

By the mid 1980’s the residential heating market had been revolutionised by the introduction of the heat pump. As older style central heating systems and boilers aged, heat pumps became an economic way of replacing these systems while still getting efficiencies from the refrigeration cycle. A crucial part of the longevity of a heat pump within Rotorua was the treatment for sulphur corrosion prior to its installation. GB Teat found a system which meant a heat pump would last its normal life cycle and this system is still used today. Not only did the residential market utilise the introduction of heat pumps, but so to did the retail and commercial markets through the ducted and cassette style systems.